The Dangers of E-Cigarettes 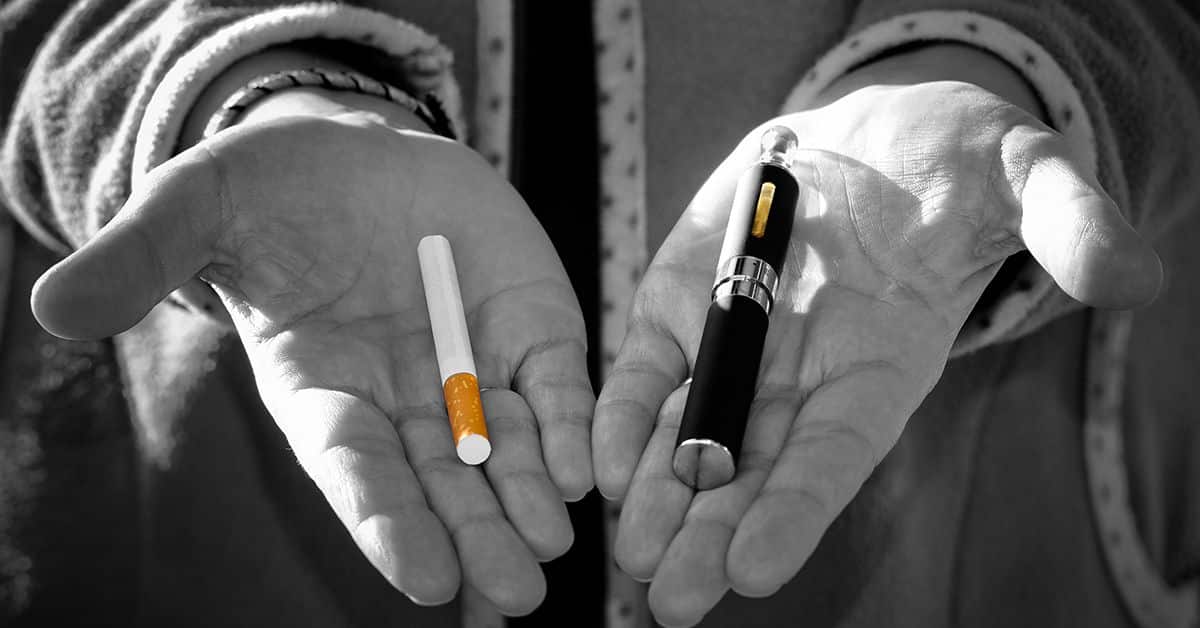 Marketed as a  “safer” smoking alternative to regular cigarettes, the popularity of electronic cigarettes – otherwise known as E-cigs – has grown significantly over the last few years.

An electronic cigarette is a battery-operated device that emits doses of vaporized nicotine, or non-nicotine solutions, for the user to inhale. It aims to provide a similar sensation to inhaling tobacco smoke, without the smoke.

Since they first appeared on the Chinese market in 2004, E-cigs have been taken up by millions around the world. “Vaping” is now the most popular form of tobacco use among teenagers in the United States. According to data from the Centers for Disease Control and Prevention, in 2018, 4.9 million high school and middle school students admitted to using tobacco in the previous 30 days. It has been theorized that candy and fruit-flavored vaping products are partly fueling this increase in adolescent tobacco use.

Unfortunately, the use of E-cigs has evolved from a “stop smoking aid” used by those who were already smokers, to a status symbol for teens and young adults.

However, whether used by an adult attempting to reduce their cigarette usage, or used by a teen trying to keep up appearances in their friendship group, are E-cigs really a “safer” alternative?

Although the full extent of the risks that E-cig’s pose is yet to be determined — and may not be for many years — there are still several reasons to discontinue their use until we fully understand the consequences.

The Centers for Disease Control and Prevention and the Food and Drug Administration are currently investigating a number of serious lung illnesses linked to e-cigarettes — including 37 deaths. Since June alone, 1,888 people in the United States have been diagnosed with devastating lung illnesses, with Texas officials announcing 147 cases of suspected severe respiratory disease in the month of October alone. Although healthcare professionals are not sure of the exact cause, the use of e-cigarettes has been linked in each case.

As a result of this recent health scare, as of September, the U.S. government is working on a ban of e-cigarette liquid flavors in a bid to reduce usage in teens and young adults. The CDC has also released advise stating that the only way for users to protect themselves from severe lung damage is to refrain from using all e-cigarette products.

Nicotine is highly addictive and can cause immediate and considerable harm to the developing brains of teens and young adults. Nicotine usage can also lead to severe withdrawal symptoms in people of all ages, making it particularly challenging to quit. Withdrawal symptoms often last several weeks and can include anxiety, fatigue, nervousness, disturbances in sleep, and low mood.

There have been several reported cases of E-cigs exploding during use and while charging, resulting in serious injury – and it’s more common than you might think. According to a study published in the Tobacco Control journal, there were over 2,000 visits to emergency rooms in the U.S. between 2015 and 2017 due to e-cigarette burns and explosion-related injuries.

E-cigarette explosions are caused when the lithium-ion battery inside the device overheats, according to the Food and Drug Administration. However, it’s impossible to know which products are faulty, and which could cause life-changing personal injuries, leaving e-cig users open to substantial risk.

Lawsuits Against the Manufacturers of E-Cigarettes

One of the most popular manufacturers of e-cigs is JUUL Labs, Inc.  Several Lawsuits on behalf of consumers (many of whom are young consumers) have already been filed against Juul Labs Inc. and the lawsuits against e-cig manufacturers are expected to rise significantly over the next year or two.

Although health professionals have yet to agree on the full extent of the danger that e-cigarette use poses, overwhelming evidence points to much more severe health consequences than initially thought. Perhaps more worrying, is the fact that we may not fully understand the lasting implications of e-cigarette use for a very long time.