Representing Individuals and School Districts in Claims Against the Makers of Electronic Cigarettes, Vape Pens, and Other Vaping Products

Most people are aware of the dangers associated with smoking traditional cigarettes. Unfortunately, the same cannot be said for the use of vaping products. As a direct result of the marketing techniques employed by the manufacturers of electronic nicotine delivery systems (ENDS), people worldwide – especially school-aged young people – have been deceived into believing that vaping is safer than smoking cigarettes.

Although commonly advertised as a lower nicotine and, therefore, a legitimate smoking cessation aid, ENDS have negatively impacted thousands of individual consumers as well as communities throughout the country.

Ventura Law is currently investigating claims against the manufacturers and distributors of all ENDS, including the makers of Juul and Vuse. Please call (203) 800-8000 today for a free review of your case. Our lawyers serve clients in complex litigation claims nationwide from offices in Connecticut and New York.

In 2019, after a spike in vaping-related lung injuries and deaths, the CDC gave a name to the newly identified lung disease linked to vaping – EVALI (e-cigarette or vaping product use-associated lung injury). In the most severe cases of EVALI, the CDC reports that the victims’ lungs stop functioning altogether. Although a single ingredient has yet to be identified as the culprit, THC and other toxic chemicals have been found in all forms of ENDS.

In addition to severe lung deficits, some ENDS users have sustained serious physical injuries due to exploding devices (both during active use and when dormant in their pocket or purse), including burns, broken teeth and lacerations. 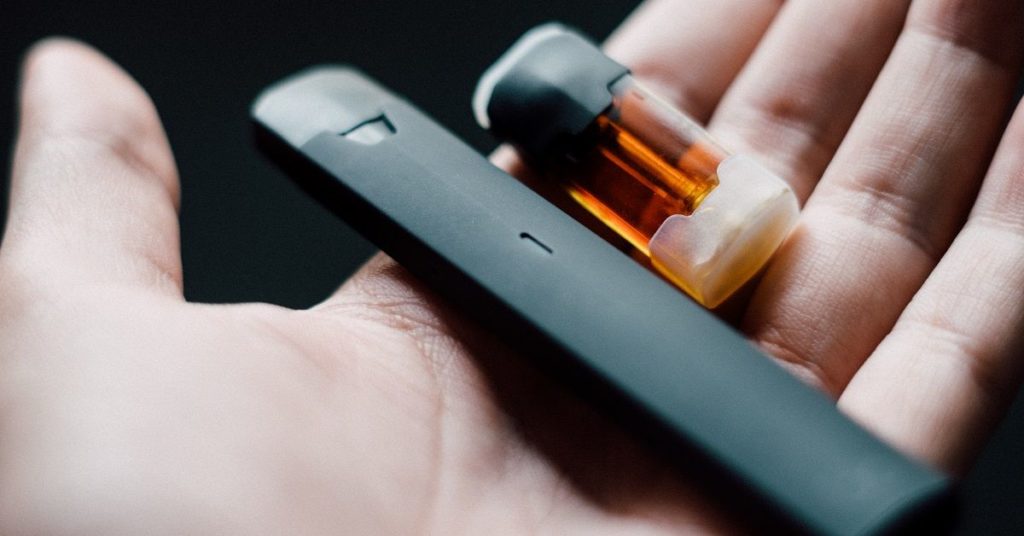 Furthermore, despite its touting as a nicotine cessation device, ENDS have proven to be highly addictive. Because the nicotine is contained in a liquid formula, designed to make inhalation easy and pleasurable, vapers inhale the nicotine more efficiently into the deepest regions of their lungs, making them crave more.

Research into the dangers of vaping is ongoing. If you were injured or became sick after using a vaping product, you may be able to recover compensation through a defective product claim against the manufacturer.

According to the Office of the Surgeon General, in 2018, one out of every five high school students reported using e-cigarettes within the last month. Young people, who were fiercely targeted in early vaping campaigns, face a number of risks from vaping, including interruption of brain development, nicotine addiction, behavioral changes, and a greater likelihood of using other tobacco products and illegal drugs.

School districts throughout the country have had to divert resources to combat the rising vaping problem in schools, including reassigning administrators to police campuses and bathrooms, removing bathroom doors and banning flash drives in school. Approximately forty-three percent of middle and high schools across the nation have had to implement e-cigarette and vaping-specific policies because of the discreet appearance, difficulty pinpointing scent and addictive nature of ENDS. As vaping among teens has become more pervasive, schools have also been forced to invest in counseling for students who are struggling with addiction.

How Ventura Law Can Help with Vaping Litigation

The legal team at Ventura Law has significant experience with product liability claims and has been scrutinizing the dangers posed by vaping as well as the developing litigation concerning these products.

Whether you were injured or became sick as a result of vaping, or your school district is struggling to control vaping, Ventura Law is here to help. Our law firm has been serving individuals and communities for over 60 years.

For a free review of your case, please call (203) 800-8000 today. Ventura Law serves clients throughout the country from offices in Connecticut and New York.