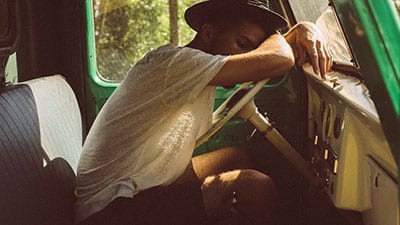 Drowsy driving may cause more accidents and deaths than previously thought, according to new federal research.

For many Americans, being sleep-deprived is just a normal part of life. However,  when it comes to driving safety, getting a good night’s sleep is nothing to discount. Thousands of car crashes are attributed to drowsy driving in Connecticut and other states each year, and recent research suggests that the problem is worse than initially believed. According to the National Safety Council, 60 percent of adult drivers surveyed said they had driven sleepy at some point during the past year. Some admitted to have driven drowsy one or more times a month, falling asleep behind the wheel or having an accident or near miss because of fatigue.

Previously the National Highway Traffic Safety Administration estimated drowsy driving caused about 100,000 crashes, 71,000 injuries and 1,500 deaths across the country every year. However, the National Transportation Safety Board conducted new research that raises the estimated numbers of annual drowsy driving crashes to 1.2 million, with 4,000 to 7,000 people killed in accidents each year.

The NHTSA announced plans last March to implement new efforts to address the widespread drowsy driving issue. Among the factors that may be addressed in the coming months include educating the public about the dangers, reviewing laws in states that have drowsing driving regulations and considering new laws that penalize drivers who cause injuries due to fatigue. The organization also stated it was important to teach law enforcement how to spot clues that a driver was asleep behind the wheel after a crash. These clues may include the driver being alone, a crash involving just one vehicle and no skid marks on the road.

This winter can present numerous risks for those who get behind the wheel having less than optimum sleep the night before. Road trips taken during the holiday season are prime times for drowsy driving, since long drives on high-speed, featureless highways can increase drowsiness. The shorter days of winter can also make drivers feel as if they’re sleepier than they should be, which may be compounded during the evening commute home. According to the Centers for Disease Control and Prevention, those who are most at risk for drowsy driving include the following:

It may help to get a full night’s rest before starting a trip the next day, to bring a friend or family member who can take turns driving, avoid sedating medications and pull over when drowsiness makes it too dangerous to drive. However, even the most careful drivers cannot prevent the dangerous actions of others. People who were injured by negligent drivers are entitled to seek compensation. An experienced Connecticut personal injury attorney may be able to help.