Nathan C. Nasser, a personal injury attorney with over 35 years of experience, enjoys working for the underdog.

“Most of our clients do not have the financial wherewithal to take on big insurance companies or corporations,” he says. “In most of our cases, the client is the underdog and we fight hard to obtain justice for the client, vindicate the client’s rights and give the client peace of mind.”

Nasser limits his practice to civil trial advocacy on behalf of individuals injured in automobile and motorcycle collisions, construction and work-related accidents, premises liability incidents, and victims of medical malpractice.

His proudest moment as an attorney was when a client was awarded a substantial recovery after being wrongfully imprisoned by the State of Connecticut.

Nasser’s courtroom experience allows him to maximize the amount of recovery for his clients. On many occasions, he obtains jury verdicts substantially in excess of the amount offered by the insurance company.

Mr. Nasser has been selected as a member of “Super Lawyers” in the State of Connecticut. “Super Lawyers” is a research-driven, peer-influenced rating system of outstanding lawyers who have obtained a high degree of peer recognition and professional achievement. The designation of “Super Lawyer” is only given to 5% of the lawyers in any state

Nasser speaks both Spanish and English.

As an experienced jury trial litigator, Nasser has also advanced the rights of injured persons in a pair of cases before the Connecticut Supreme Court.

In Rawls v. Progressive Northern Ins. Co., 310 Conn. 768 (2014), he persuaded the Connecticut Supreme Court to rule that a jury could rely on circumstantial evidence to find negligence on the part of the defendant driver. The ruling was crucial to the case, because there were no eyewitnesses to the accident.

In Mingachos v. CBS, Inc., 196 Conn. 91, 97 (1985), Nate represented the family of a man who died during an explosion at his workplace. Nate argued that employees should be able to obtain greater damages than allowed under the workers’ compensation laws if the employer was grossly negligent. Although Nate was unsuccessful in the Mingachos case, the Connecticut Supreme Court later changed its mind in the Suarez case when it ruled that employees could sue for injuries caused by some kind of employer misconduct.

Nasser has tried over 60 civil cases to verdict, settling many others before trial.

Work in the community

Nasser has been involved with the Make-a-Wish Foundation and served on the Bridgeport Jewish Community Center’s Board of Directors. 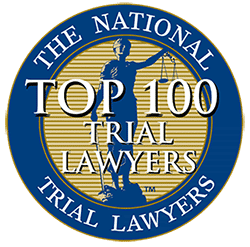 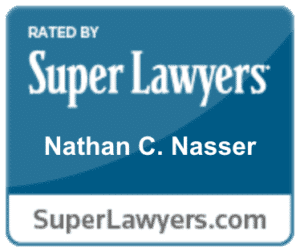