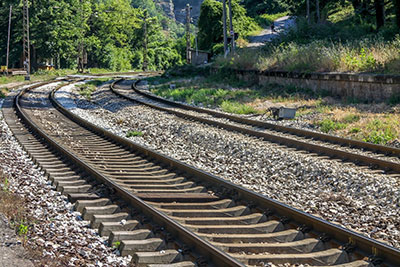 A 39-year-old Danbury man who was injured in the Metro-North train collision that killed six people last month in Valhalla. N.Y., plans to sue the commuter railroad, his lawyer confirmed Monday.

Julio Gonzalo Loja Mendoza, a construction worker who lives in downtown Danbury, was riding in the middle of the first car of a northbound Metro-North train on Feb. 3 when a sport-utility vehicle pulled onto the tracks in front of it, causing an explosion and a fire.

The crash killed five men in the rail car and the driver of the SUV, a mother of three from Westchester County, who witnesses said drove forward onto the tracks just as the train was crossing an intersection in Valhalla, N.Y.

“After the explosion of the SUV, the first car caught fire and it took a while for the fire department to arrive,” said the man’s lawyer, Agostinho J. Ribeiro. “Therefore, my client and other passengers had to break a window and jumped out of the first car.”

Mendoza was treated for injuries to his head, neck, spine, shoulders, chest and hands. As a result, he has been unable to work.

“My client’s injuries are primarily the shoulder and left hand as well as other spinal injuries,” Ribeiro said Monday. “He is currently receiving care from therapists and orthopedic surgeons.”

Mendoza signed a required legal precursor to a lawsuit known as a notice of claim on Feb. 27 that was delivered to Metro-North’s Manhattan headquarters. A railroad spokesman declined to comment on Monday.

Mendoza is the second survivor of the deadly crash to file a notice of claim. On Friday, a lawyer for a Mount Kisco, N.Y., man filed a $10 million notice of claim against the railroad, the Metropolitan Transportation Authority, and New York state.

Michael Colquhoun, 55, was a passenger in the second rail car when the fiery collision occurred. The explosion sent pieces of the electrified third rail into the train.

Colquhoun’s attorney, Robert Vilensky, said the railroad and the state were at fault.

The National Transportation Safety Board released a preliminary report on the accident late last month.

The cause of the crash remains under investigation, What is known is the SUV driver was stuck between the railroad crossing gates around 6 p.m. just before the train passed. Inexplicably, she drove forward onto the tracks, the report says.

“My client helped rescue other passengers with more serious injuries, including a passenger with a broken foot, to escape the burning car,” Ribeiro said.

Mendoza declined to be interviewed on Monday.

“My client is a reserved and quiet gentleman, “Ribeiro said. “As anyone who is in a terrible tragedy such as this, he is grateful that he is a survivor.”

Among the five men who died in the first car was 41-year-old Aditya Tomar of Danbury, a vice president and technologist in J.P. Morgan’s asset management division. His friends said he was living the American dream with his wife.